Can a leader be silent? 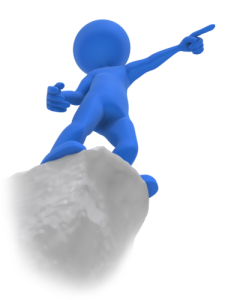 I was forwarded a link by a colleague this evening about the leadership of an Ad Agency. The content is applicable across fields and I thought there were some unique ideas that would be good conversation points.

The original article asks the question, “Can a Poor Presenter be a Great Leader?” On the surface, this is a simple question for most of you I suspect. People tend to immediately reject binary questions that are this fundamental.

“Of COURSE  they can! Being a leader, when done ‘properly’ is based on humility…”

Blah Blah Blah. I get it, but please stop. While you certainly don’t have to be the bull in the china shop that I have a tendency to be, you really need to start stepping up to a position.

Leaders do one critical thing.

Say it with me.

Most of the times, this requires some form of communication. Sure, there are examples throughout history where there have been silent leaders. Leaders whose works and actions were so profound that simply bearing witness to them or even hearing of them could inspire. For the rest of us, leadership is deeply rooted in the ability of one person to paint a compelling vision and inspire one or more other people toward action that exceeds their ability to produce as the sum of their parts.

The article goes on to articulate some very good fundamentals for presentation skills and provide a few good links for books on the subject. I encourage you to check out his pointers and check back here for even more content on how to become a more impactful presenter and in doing so, become a more charismatic and effective leader.

As I am prone to do, I will relate this to a sports analogy. I have written about Coach Raheem Morris of the Tampa Bay Buccaneers previously. In Coach Morris’s first year, he had a serious task in front of him on the field. Funny enough (not to him I’m sure), the thing he was most often attacked for was his presentation skills.

The press conferences in Coach Morris’s first year were flat out bad. Now I had the pleasure of watching this young man (yea, he is younger than I am. You think that doesn’t hurt a sports fan?) for quite some time before his ascension to the top spot so I knew how bright he was. I had heard the passion. I had witnessed him teaching young players and veterans alike and doing so in an amazingly compelling fashion.

Sadly, all of that was lost when he could not present himself at the podium in a way that the media and the fanbase expected of a Head Coach. A leader.

This year he is much better. He has (as the article points out) practiced this skill and continues to improve. He didn’t do that because it was fun. He did it because it represented a skill that he had to acquire.

You have to acquire it as well.

It is not unethical to be compelling. It is the minimum bar of entry for most leaders and sadly, a dying art.

When did deadlines die?

I hate the word “Coach”